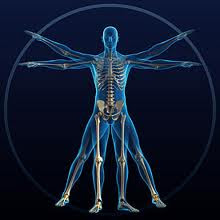 1. The Doogie Mouse. Better memory through over expression of NMR2B. A very simple, yet good demonstration of how plastic our memory system is. Since then several other ways of enhancing memory genetically have been found, with slightly different effects on different types of memory, forgetting and side effects.

2. Color vision mice. Adding human photo pigment allows (at least females) to see new colors. This is extra interesting since it shows the brain can adapt to the signals from a new sense, at least when growing up with it.

5. Regenerating MRL mice (OK, a case of accidental breeding rather than genetic engineering, and it involves at least 20 genes). These mice regenerate holes punched in their ears as well as some injuries to heart muscle.

6. The hard working monkeys. Work discipline through a blocked dopamine D2 gene. Monkeys tend to slack off until they get close to a reward they have to work for. If injected with a DNA construct that blocks the D2 receptor they worked at an even rate. This is likely less a case of workaholism and more a case of specific memory impairment for how rewarding situations look. Still, adjusting the dopamine system is likely to enable boosts of motivation.

7. Anticancer mice. These mice (the result of a lucky mutation) have immune systems that kill cancer cells efficiently and can even help other mice through blood transfusions.

8. Antiobesity mice. These mice are protected from getting obese and diabetic from their diet by their lack of acyl-CoA:diacylglycerol acyltransferase 1 (DGAT1). Their fat tissue can even reduce obesity and glucose buildup in other mice if transplanted. There are other strains protected from obesity by lack of other proteins, and a strain that have more adiponectin that put all excess fat into their blubber, remaining healthy despite turning very obese.

9. Marathon mice. These mice have more expression of PPARδ in their muscles, which makes them turn into type I (slow twitch) fibers that work well for long-distance running. The mice have more endurance and - even when not training - increased resistance to obesity.

So what does this mean for the future

The Geo-Trade Blog believes that our relationship with technology and how it stretches our ability to perform in the world will be one of the key areas of advance in the 21st Century. In fact, how we answer the following questions will be key to determining the parameters: What does the future, near and far, hold for humans? Is enhancement the next stage of evolution? Should any limits be imposed? And if so, how?